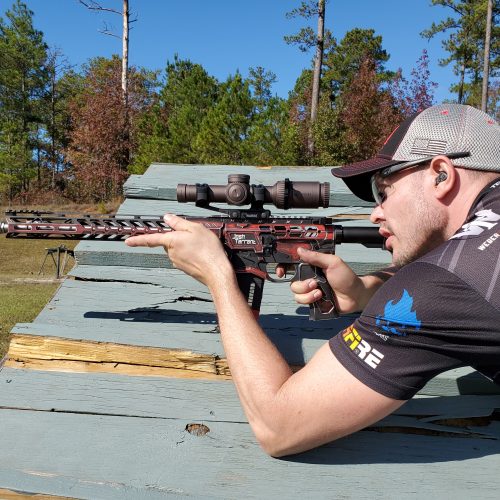 I am an avid competitor and lifelong athlete. I have been a shooter, hunter and outdoorsman my entire life and have always loved firearms. I discovered actions shooting sports in the spring of 2014 where I attended my first IDPA match. I then shot my first USPSA Pistol Match and then discovered 3Gun. By June of 2014, I was outfitted with the gear required to compete and it has dominated my thoughts and actions from the beginning. I won my first 6 local matches and shot my first major match (FNH Championship) where I placed 90th out of 280 shooters. Since that time I have focused on rapid improvement and more importantly sharing the knowledge I have gained with new shooters. My teammate and I began teaching 3Gun 1o1 classes in mid-2015 at local gun clubs for free. We ran training sessions and help new shooters get into the sport. I have been lucky enough to acquire sponsorship with some of the best companies in the firearms Industry and love working with them in the development and promotion of their products. I utilize my social media presence, personal interactions and corporate connections to promote and support my sponsors. 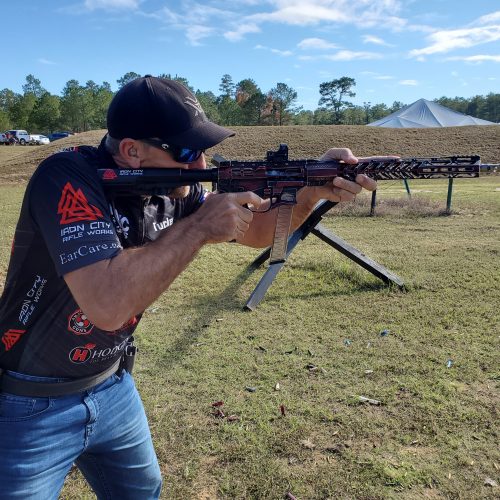 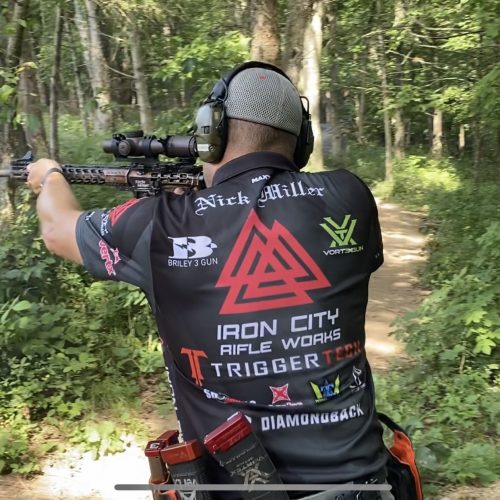 I am a proud Texan, born in Fort Worth and raised in Granbury where I learned to shoot, hunt, and appreciate the outdoors with my father and grandfather. I have always shown an interest in shooting, from growing up in the country with a sling shot and knocking holes in cactus leaves, to plinking targets with a .22. My father-in-law was a competition shooter and introduced me to the world of reloading and helped plant the shooting-sports-seed, but it wasn’t until the Fall of 2012 after moving to the greater Houston area and watching an online video of 3 gunners burning down a course of fire and knowing right then, that I must try this sport. I cobbled together gear that I already had from my law enforcement days and headed out to my first 3 Gun match just outside of Houston. I was instantly hooked on this fast paced, run-and-gun sport.

I used the 2013 season to build up and modify my gear and practiced by shooting as many local matches as possible. At the end of 2013, I shot in my first major, the Fallen Brethren Championship. In 2014, I joined the Dissident Arms 3 Gun team, and began shooting 3-Gun majors around Texas as well as a few outside of the state. In 2015, I shot majors across the US and proudly joined the ranks of the 3 Gun Nation Pro Series where I competed against the best of the best in the world of 3 gun. For 2016, I completed the build-out of my practice range located at my home which is also connected to my customized reloading room where I continue to refine my reloading practices as well as conduct product reviews. I’ve competed against the best 3 Gun pros in the business and have had many Top 5% finishes in major matches. 2017 and 2018 were strong years, finishing with numerous top 10 finishes in the major matches I attended across the United States. In 2019, I continued my success and traveled across our great country competing in 3-Gun majors and have also attended many local matches across Texas from Houston to Austin to DFW.

When not on the range, I work in the oil and gas industry in Houston, TX and enjoy spending time with my wife and daughter, reloading to support my shooting habit, and tinkering in the garage. I am a TCU Horned Frog graduate, an avid 2A supporter, NRA Endowment Life Member and hail from Magnolia in the great state of Texas. 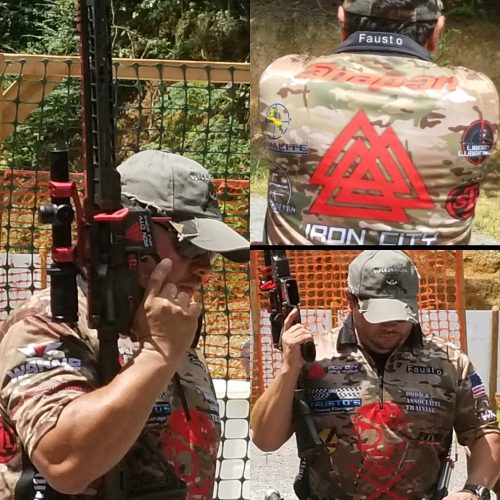 I'm Fausto Vaca I'm from Chattanooga Tn, and love shooting guns...
I'm the business owner of Fausto's Power Garage in Collegedale ,Tn and I have been an automotive technician for over 32 years.
Married to my amazing wife for 30 years and a father to 3 children who have supported me through my growing business and hobbies.
My first passion has been working on fast cars but my second passion is shooting "fast"!! Spending time at the range has turned into a form of therapy for me after some not always stressful days at the shop !!!

I started shooting IDPA competitively since 2012, and then in 2013 I was introduced to a new game called "3-gun" and I have been hooked ever since! I'm currently holding a Semi-Pro classification in 3 Gun, and I'm a class A shooter I. PCC division of USPSA.
I'm an avid competitor trying to meet my goals of winning a championship and at the same time spreading the good word about the products I use on my journey to the top.
I have been lucky enough and thankful to represent IRON CITY RIFLE WORKS and some great companies that support our competition shooting!!
I'm looking forward to new opportunities this year and getting closer to reaching my goals !!
If you ever see me at the range don't hesitate to ask me any questions I'll be more than happy to help you....see you at the range...!!! 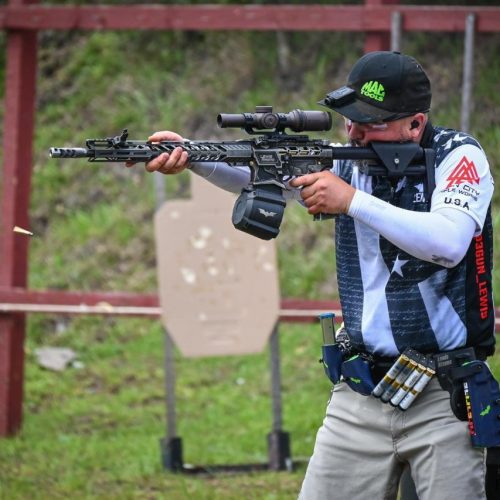 - I am a competitive shooter from the smallest state in the country, RI. Growing up in an anti gun household I was not introduced to firearms until around 2010 at which point I would go to the range just a few times a year. I did not know yet that shooting would dominate most aspects of my life but 1 thing was certain, shooting at stationary paper just wasn’t for me. Around 2012 I shot my very first local competition, a head to head bowling pin match and I was hooked. I loved the competitive nature and found myself participating in head to head falling steel matches soon after. About 2 years in it became apparent rather quickly that the static nature of these 2 disciplines although fun was simply not satisfying enough. While researching competition shooting I stumbled across a sport called 3gun. I signed up for an intro class in NH late 2013 and in 2014 shot my very first 3 gun match. As cliche as it may sound the rest is history. What started off as a passive hobby turned into a full blown obsession. I quickly acquired the necessary gear and instruction to move up the ranks. In late 2017 I shot my first national match. I loved it so much I wanted everyone to experience it. Luckily I’ve always had a passion for teaching others. So today I not only shoot 3gun but I also help host intro classes for free, to help bring people not only Into the sport but into the community. I compete both locally and nationally and it has been an incredible journey getting to meet some of the top names in the industry. My motto has always been “The pursuit of perfection powers progress”. That pursuit is fueled by persistence, dedication, and a positive attitude. To those who have always supported my goals, THANK YOU! Let’s get to work..... 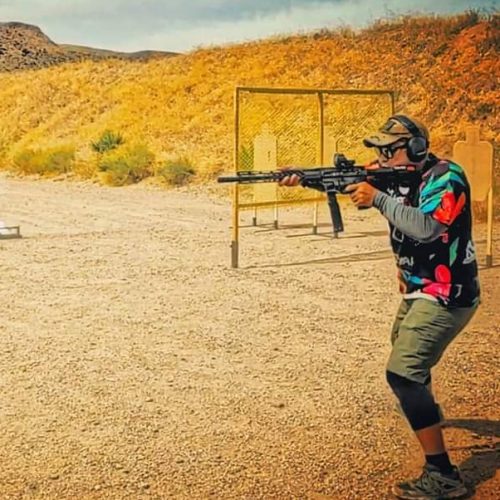 I was born in the Philippines and moved to the U.S. territory of Guam when I was 4. As a kid, I always had a fascination with firearms. I collected airsoft guns and would run around shooting random things. Fast forward, I enlisted in the United States Air Force. This profession has led me to see 14 countries and counting. It wasn't until the year 2016 where I first had my taste of competitive shooting. Like most people, I originally got interested in the sport wanting to be proficient with my self-defense gun. I did my research and stumbled upon a local IDPA club an hour from where I lived (New Mexico at the time). Being in the military, I thought I was a good shot already. Boy was I wrong!

My first match was very slow, although it happened very fast in my mind. I quickly realized that there was more to shooting than just standing at a qualification line. I got hooked and started diving into the rabbit hole of USPSA. One year later, duty called. I had to put the shooting on pause due to back-to-back deployments and a 1 year tour in South Korea. After moving to Las Vegas, I got back into the sport. I hit the ground running knowing that there was so much to catch up on, but I was fortunate to be mentored by awesome local shooters here in Southern Nevada. Naturally, I love to learn. I love to seek information in new fields and it has given me a diverse background. I am a Purdue alumni with a Bachelor's in Criminal Justice and an active duty servicemember in the combat engineering field. Meanwhile, I am also behind Iron City's marketing and media. The best advice I can give to anyone starting out in the sport, or for anything in general, always be open-minded and learn as much as you can. My all time favorite quote is from Michaelangelo, "Ancora Imparo". This means "I'm still learning" or, "Forever Learning". Get out of your comfort zone and try something new.

When I'm not shooting, I'm usually spending time with my family or catching up on tasks. I enjoy working out, video editing, and photography. My goals for the upcoming season is to branch into multigun, excel in a whole new division, and travel to more majors.
I look forward to elevating with Iron City and I am truly blessed to represent one of the finest weapons manufacturer in the world! 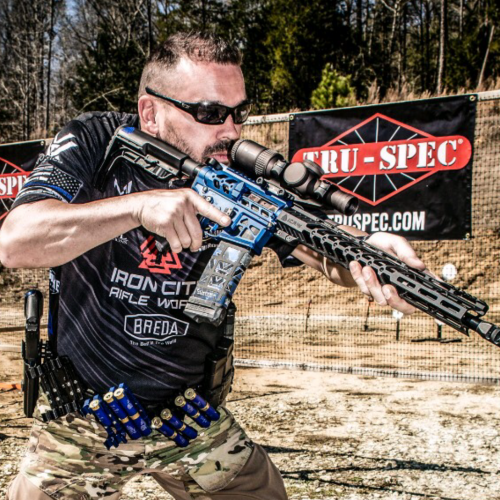 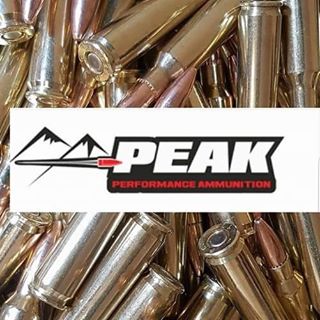 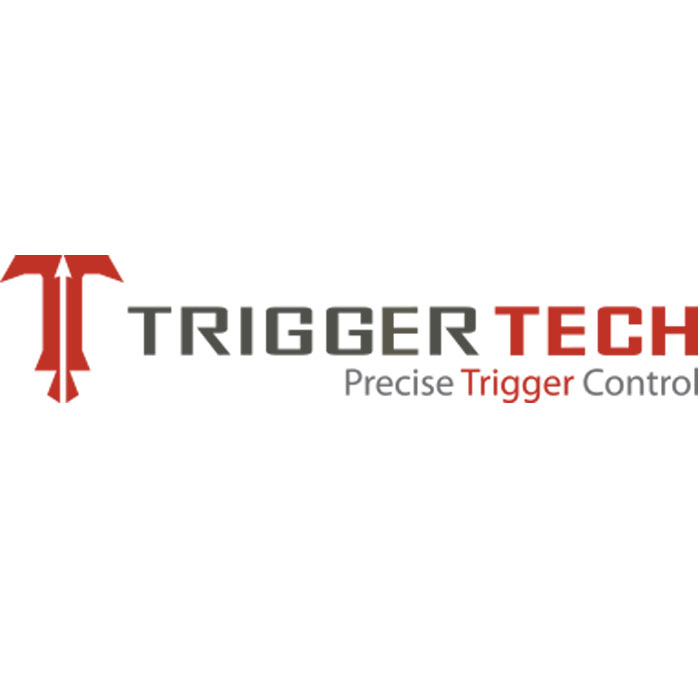 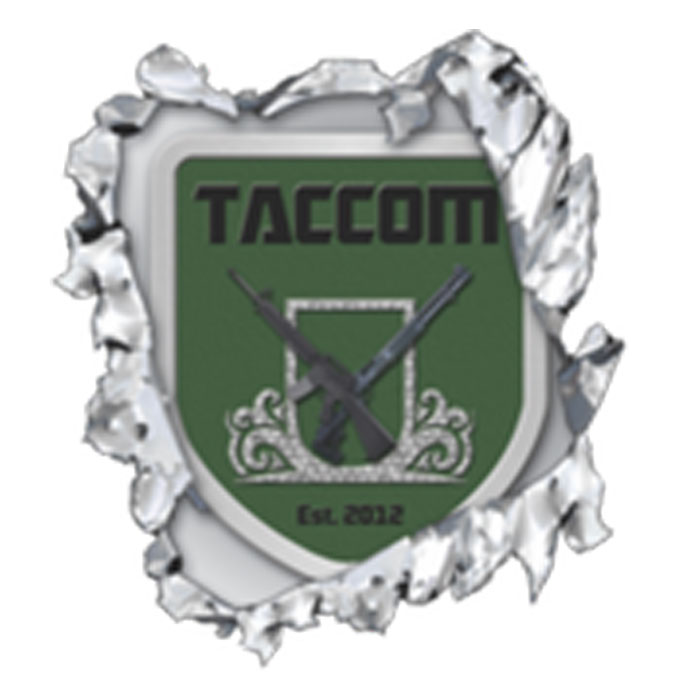 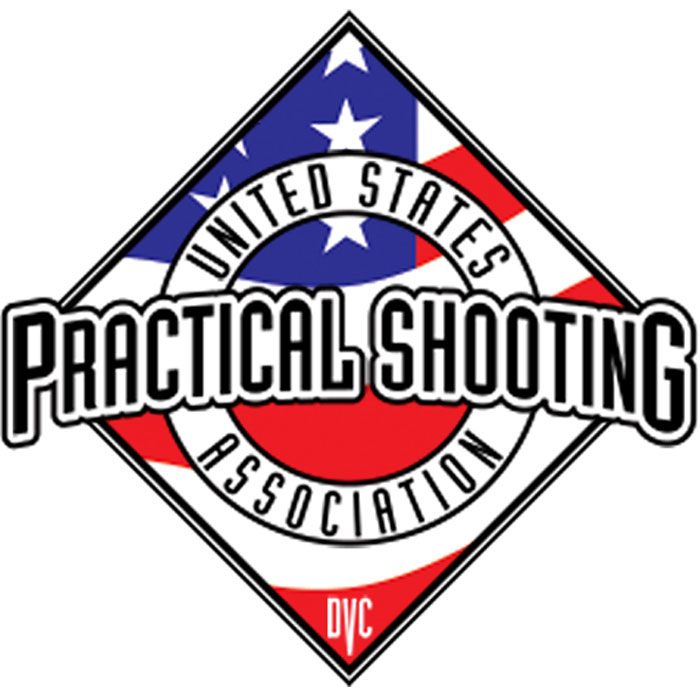 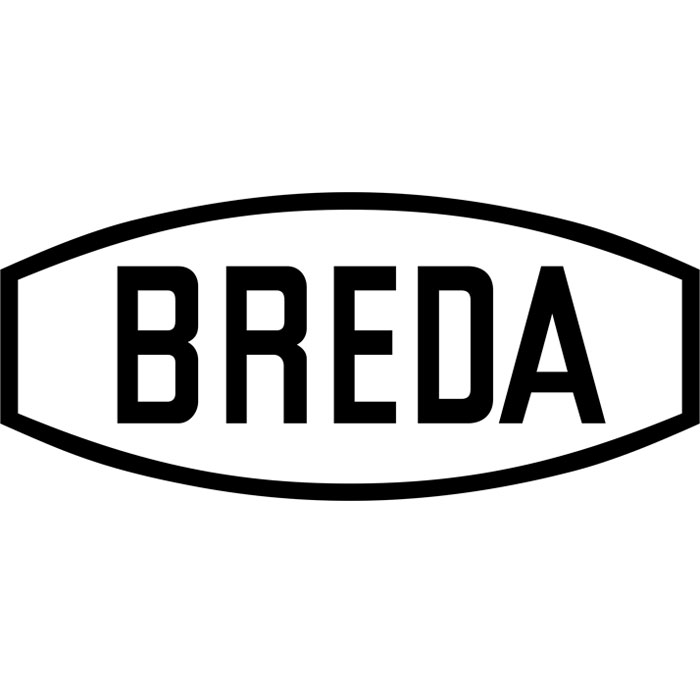